US Cryotherapy believes in your right to manage your relief and recovery naturally, safely and effectively, whether you’re at the peak of your game or settling down to enjoy the golden years. When it comes to relief and recovery, we are THE answer to safe, affordable and effective whole-body wellness. We understand it’s not what we do, but how we make you feel. When you leave one of our centers, you’ll feel empowered, renewed and refreshed. But don’t take our word for it. Hear from those who’ve empowered their wellness with US Cryotherapy.

Kris Olsen
Erik Freese
Debbie Johnson
Jose Villanueva
Dawn Furie
Kathleen Kemp
One year ago, Kris Oleson walked into US Cryotherapy in Davis, Calif., with her head down and hat covering most of her face. “My face looked like a stop light,” Oleson remembered. The cause? A common skin condition that caused extreme burning, redness, sensitivity and discomfort, Oleson said. Doctors offered creams, ointments, medications. Nothing seemed to work, she said. KNOWLEDGE, AFFORDABILITY, EFFECTIVENESS And then a fateful trip to Mexico led Kris to US Cryotherapy. “I had tons of sunblock on, a hat, but my skin just went nuts,” she said. “And then this man came up to me and said ‘Cryotherapy will help you a lot.’ He was an angel.” Immediately upon returning home, Kris began to research cryotherapy. “I went to several locations until I found US Cryotherapy in Davis,” she said. The expertise and warmth of the staff as well as affordability and effectiveness of the treatments had Oleson hooked, she said. “I was really lucky to have (Cryo technician) Gaby the first time. She had a lot of knowledge, and that gave me a lot of comfort,” she said. ASTOUNDING RESULTS People were astounded by the difference with just five six-minute treatments, Oleson said. “Immediately, people started saying, ‘Oh my gosh, look how much better you look.’” Oleson maintains her results through occasional Cryo Rejuvenation Facials. 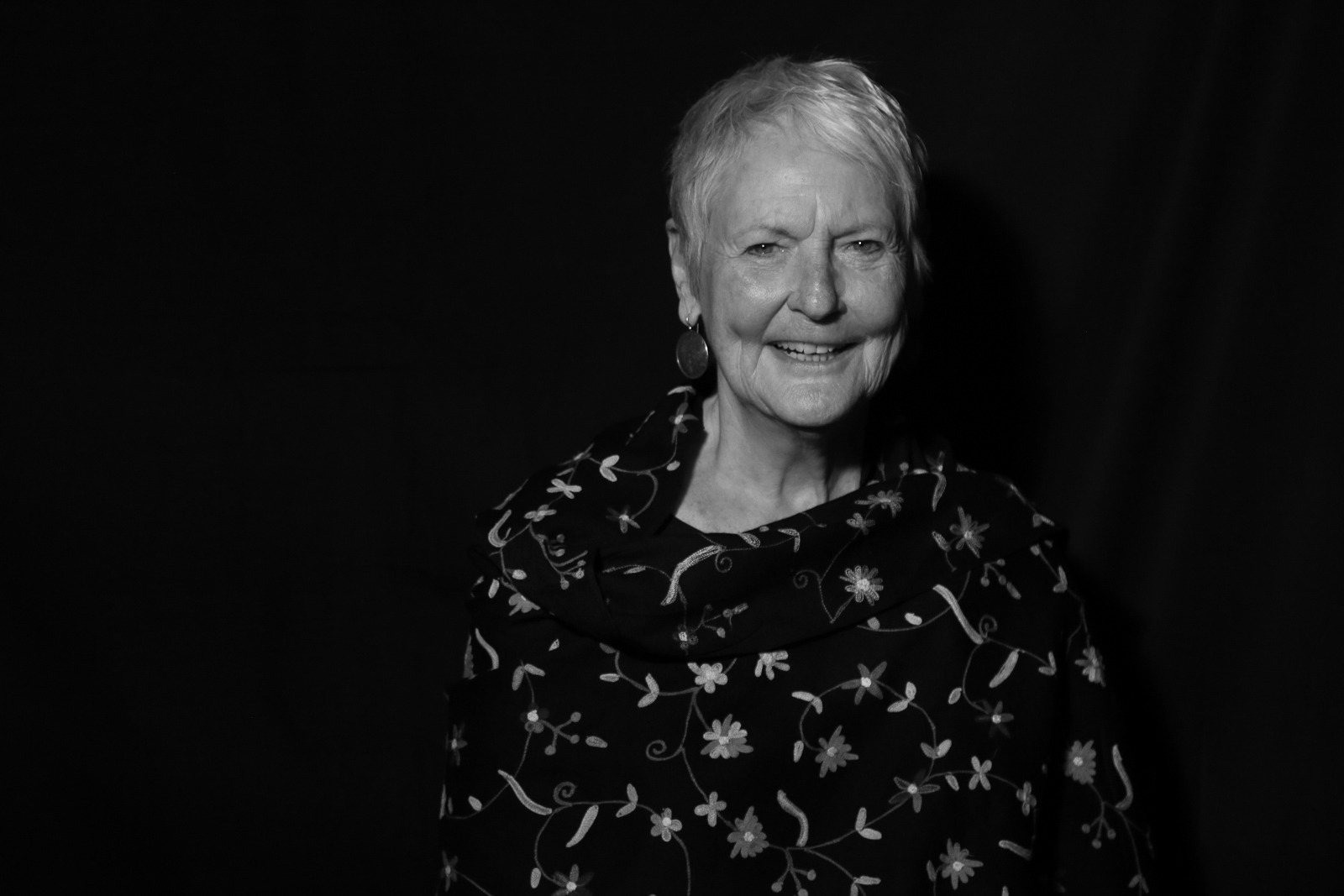 Kris Oleson
66, Retired
When Erik Freese’s body fails, so does his business. Owning a farm means putting in hours of hard physical labor – whether your body is sore, hurt, in pain or otherwise suffering, Freese said. “What I do for a living is pretty straining,” Freese said. “In agriculture, you’re constantly lifting, moving stuff in a repetitive fashion and you’re rarely paying attention to proper form, so you’re constantly moving and working in pain after a while.” Since Erik discovered US Cryotherapy more than a year ago, those sore muscles and chronic pain have been greatly reduced. “As you do get older, you don’t recover as quickly. Things you used to be able to do, you can’t do as often or as consistent,” said Freese, who recovers through whole-body cryotherapy, localized treatments and TheraGun several times a week. “After a hard day’s work, I hit US Cryotherapy, and it does alleviate those issues. It doesn’t turn the clock back, but it does stop it.” 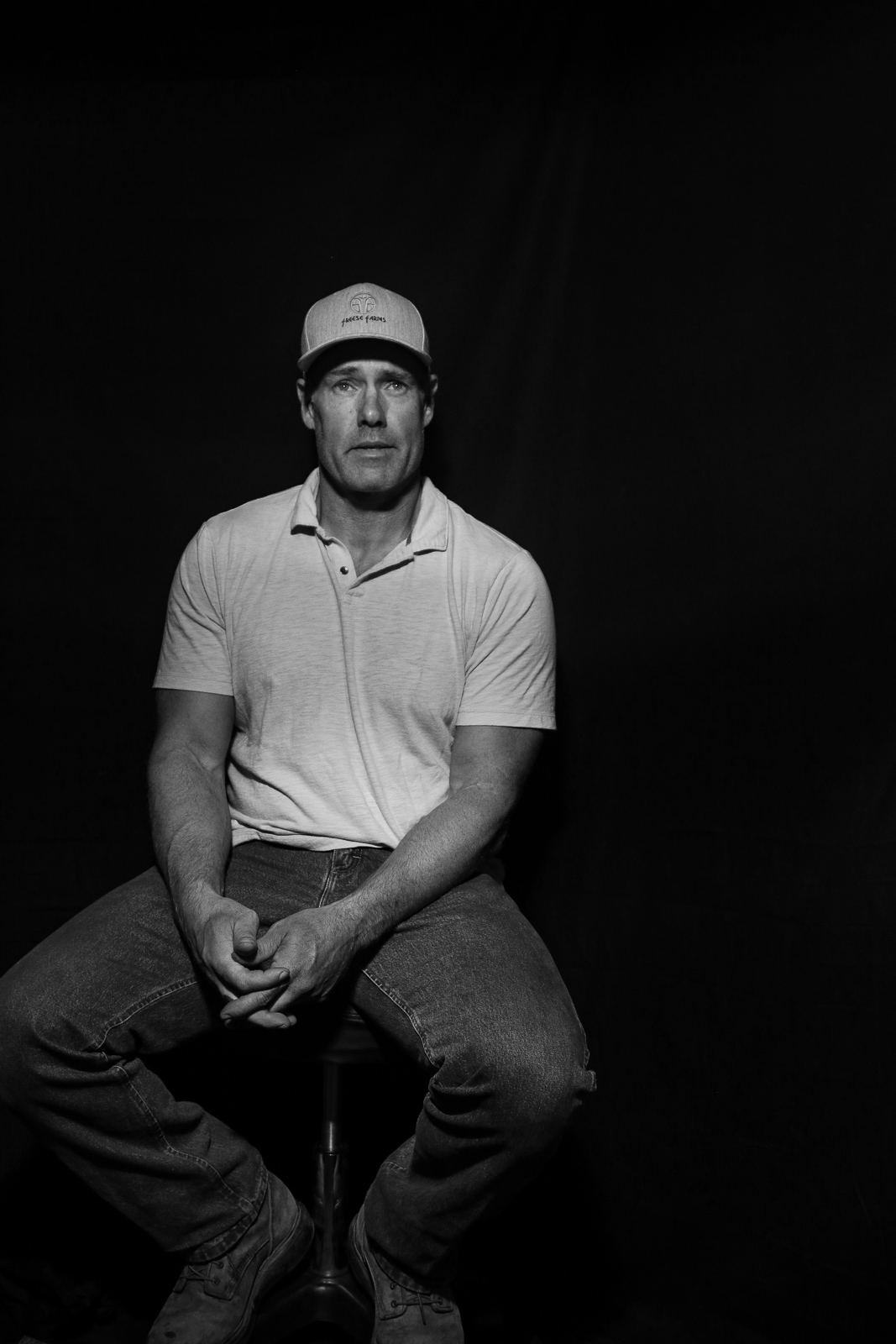 Erik Freese
46, Farmer & Owner of Freese Farms
After an 80-pound weight loss, Debbie Norton-Johnson wanted to take the next step in her health and beauty transformation. She turned to US Cryotherapy’s unique skin health and beauty treatments, featuring a 6-minute Cryo Rejuvenation Facial, 10-minute Light Stim and Hydro Massage Bed treatment. “One of the advantages of losing weight is feeling more confident in public,” said 49-year-old Norton-Johnson. “And while my face had gotten smaller, the weight loss did accentuate the small lines and wrinkles.” Norton-Johnson initially was attracted to the idea of a non-invasive spa-like treatment that used innovative technology. She didn’t expect how immediate – and extensive – the benefits would be. “I’d always been self-conscious about the dark circles under my eyes and tried over-the-counter creams and had never seen a difference,” said Norton-Johnson. “I hadn’t even thought about the dark circles, but the first thing I noticed when I got home from my first treatment is they were gone.” Amazed with the results of one treatment, Norton-Johnson purchased 12 more sessions. “My skin looks healthy and youthful again and the results have been natural,” she said. “The cryotherapy process has given me confidence.” 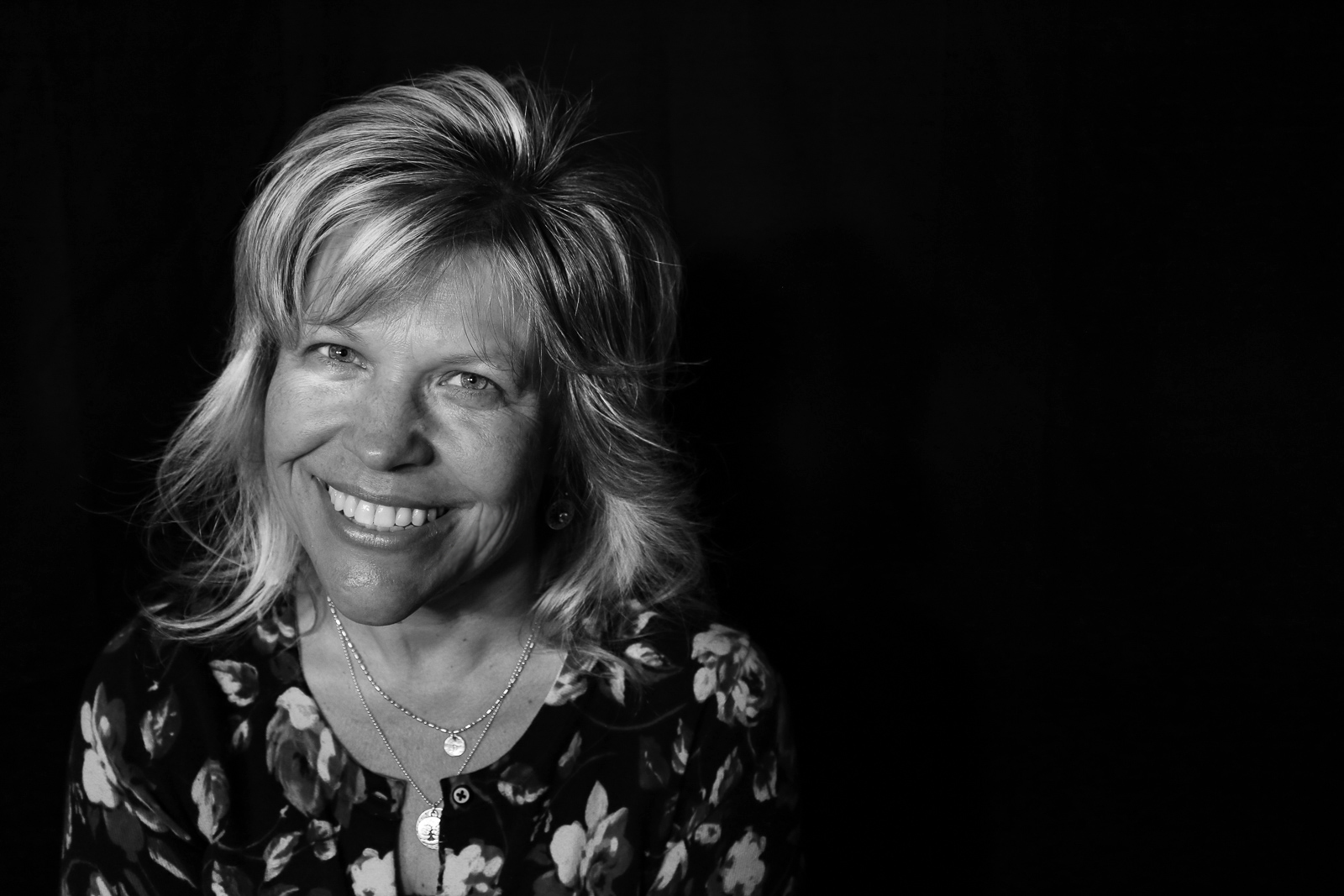 Debbie Norton-Johnson
49
Semi-pro football player Jose Villanueva, didn’t know how good he had it when he first experienced US Cryotherapy. At the time, he was injury free, pain-free and competent on the field. “After that first treatment, I felt amazing,” he said. “Unfortunately, I didn’t follow through. I’m sure things would have been different if I had.” Fast forward a few years and two injuries. “I believe my recovery time would have been cut in half had I used US Cryotherapy then,” Jose said of the first injury, a torn achilles that kept him off the field for several months. His recovery routine for that injury consisted of ice baths and pain medication, which barely touched the pain and did nothing for inflammation, Jose said. When he injured his knee soon after, Jose decided to empower his wellness and recovery with US Cryotherapy. It paid off, he said. “With this knee injury – incorporating cryotherapy – I was back out on the feild in two weeks instead of six weeks as doctors predicted,” he said. “That’s because I did the right steps with US Cryotherapy, including consistent whole-body treatments, localized treatments and NormaTec.” Jose continues to use US Cryotherapy three to five times a week for maintenance, injury prevention and performance enhancement. “If I didn’t have US Cryotherapy, I would not be the athlete I am right now,” Jose said. “I wouldn’t be on the field today, plain and simple.” 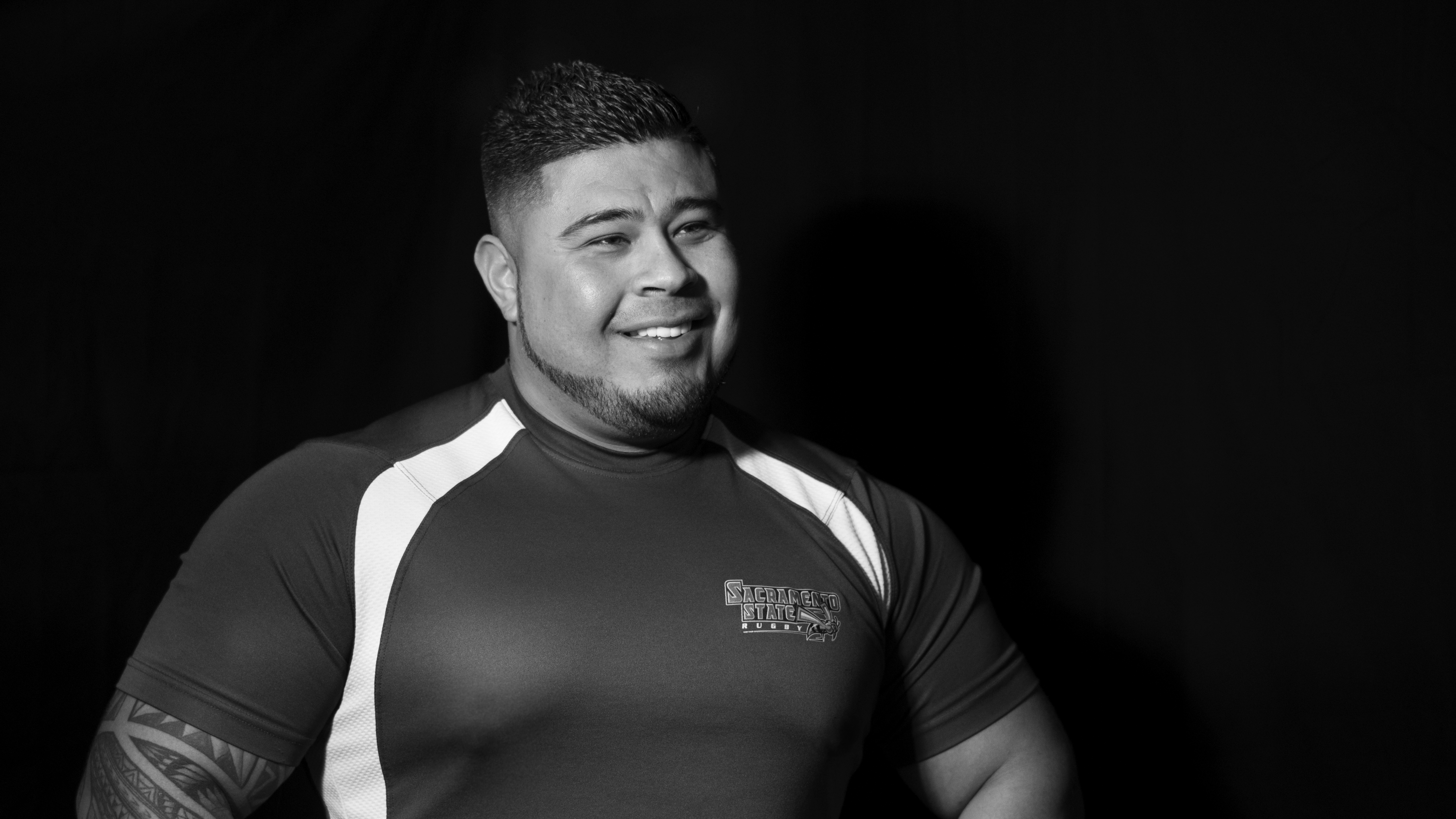 Jose Villanueva
Semi-Pro Football Player
I had knee surgery for a torn meniscus Regimen: I use US Cryotherapy chamber, localized device, and hydro massage bed 4-6 times per week. Results: I had very little swelling in the knee. I progressively increased activity with overall pain and inflammation reductions and other areas of my body felt great as well. Recommendation: I tried it for a month. The benefits are more advanced over repeated use. Now I have an annual pass so I can continue to go several times per week for better health. 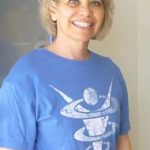 Dawn Furie
I had heard professional athletes were using whole body cryotherapy to speed recovery. I tore my MCL, so I gave it a try. Regimen: I came two times per week in addition to physical therapy. I really like the spot treatments and the hyrdo massage bed. Totally relaxing and rejuvenating! Results: I had much less pain and recovered faster than expected with total confidence to resume my training. Recommendation: I highly recommend US Cryotherapy to anyone recovering from an injury or an athlete in training. 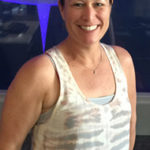 I’ve used icing as a way to reduce swelling and speed up recovery since I started running marathons ten years ago. Ice is a great recovery tool, US Cryotherapy’s technology is amazing! The localized machine gets the skin temperature lower than just using ice packs and saves valuable time. Having US Cryotherapy on Run It Forward, running from Chicago to Santa Monica, aided me in being able to get back out and hammer out the miles day after day and still have enough energy to run with the kids as well!
Kate Martini Freeman
As an Ultrarunner, I am calculated in my recovery therapy. Seven of my friends and I just finished a 2,500 mile run in 18 days. Each of us sought to run a marathon distance a day. Without the access to US Cryotherapy’s localized machine, the effects of brutal pavement pounding and extreme fatigue would cause us to come up short. We finished ahead of schedule. Thank you to Kevin Kramer and Todd Kramer for investing in our recovery by keeping us strong thru the finish. Much hope.
Jason Harper
Coming into the Run It Forward program I had a left Achilles issue and a right calf issue. By the fourth day of running full marathons in a row my body was broken. I was hurting so bad, and my sore Achilles was now making it so it even hurt to walk. I was very concerned as I somehow still needed to be able to run another 15 days straight. Dr. Mike started the US Cryotherapy machine on it, and within a few times it was much better. I was able to run faster and it made my pain almost subside. This machine is miraculous in healing sports injuries. I came home from Run It forward totally injury free, and have been training about 100 miles a week getting ready for my next big 100 mile race. Such a great piece of equipment!
Keira Henniger
I have personally been impacted by the value of your product. Having just completed a run from Chicago to California in 17 days with 7 of my closest friends, I know our success hinged on US Cryotherapy products and technology. Having completed more than 135 ultra races on 3 continents in the last 5 years, I can attest my only regret was that I didn’t have access to you sooner. Thank you US Cryotherapy! I have lifelong loyalty to you!
Ray Sanchez 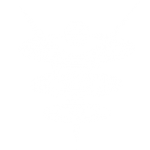